As many of you already knew Mystq's baby was due early round 135. Linda's Glossy Gossips can give you the good news that she is now the mother of three new children.

Mystq was working in her office in the Council Room when the baby really wanted to see the daylight. She was then brought to the emergency hospital in Cashington. In the hospital it was Dr Troel who helped with the birth. At the same time, Troel was busy arranging to expand her new skyscraper, which was why something went wrong.

Mystq liked the extra kids she could take home. We don't know yet if Troel noticed her mistake. 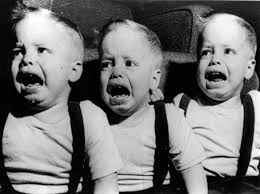 After 4 days of bad news about the skyscrapers, this could be the hope for every achievement hunter. We hope to update you on daily basis about new skyscraper news!

As most people might have already realised houses do not exist anymore, instead we have Skyscrapers they cost 150 bricks, 25 iron, 100 wood, 2 pumps, 2 engines, 1 camera, 1 alarm and 3 glass per sq (min 2sq max 10sq) and 1 lot per skyscraper of course. This will make it easier for criminals to work efficiently and steal a lot of money. Shooting is for the criminals unfortunately hard at the start of the round as there is no supply in the federal store. I think that we can expect a lot of money transfers as building skyscrapers is pretty expensive (a specially at the start of the round). It is very likely that most of you will spend your first miniconomy nights of the round on the street as it is to expensive for you to sleep in a skyscrapers. tip; it might be a good idea to invest your money before you go offline as it is likely to get robbed as having a bank account is impossible without living in a skyscraper. Have fun during the next trading period!

As most players are aware the Federals plan to soon implement Skyscrapers (as seen during the between round) into the Federation, however during a latest test in San Franchisco in the Rookie Mountains there was disaster.

A large skyscraper was erected upon an oil field and the weight of the building was too much and the soil was not strong enough to support it, resulting in the skyscraper collapsing into the earth all the way down into the oil field beneath which, due to the friction and electrical equipment of the Skyscraper, ended up igniting and exploding.

According to the CBI Report leaked there was 11 sheds badly damaged and several novice players sent to the hospital as well as 9 lots (including the lot the structure sat upon) were the oil burned away in a smokey cloud before firefighters could arrive and douse the blaze.

Here is hoping such disaster does not strike again when the Federation sees the implementation of these buildings!

It is rumoured that later next month there will be a secret meeting held by the Federals. When and where this meeting will be held is not known and neither is their motivation behind it.

Note from the redaction: One of the subjects supposedly is about who would fit as a new Federal. I’ve just send in my solicitation. Who will follow? (feds@miniconomy.com)

Some news from the Centropolis Police Department. Information slipped away that dj ricky was busted while trying to rob lindapinda86 and sahib.

Even getting 3rd with almost 200k is not enough for him, he said. He wanted more, but wasn't able to sell more stuff. So he started robbing people, in the hope he would rob enough to get higher in the rankings.

The High Council is known for occasionally going on trips around the Federation, what people don't know is that these trips to see the needs of the people are less about work and more about pleasure.

The itinerary included visits to all 4 countries with only a few hours in each actually involving work... in Virtua the High Council travels to Nasdaqar to enjoy the Casino's, Horse Races and underground fights as well as the copious alcoholic drinks.

The next stop is Ibisha Island were they are greeted by the Mayor/President for mountain climbing up the infamous volcano we all know and loathe, followed by a picnic with Ibisha's Elite.

El Peso is next were we are personally greeted by His Royal Majesty the King of Digitalia for a royal tour of the Castles of Digitalia and a taste of what sorts of activities the "Royals" of Digitalia get to indulge in, the day is finished off with a feast and ball in our honour.

Last is Cyberia, unfortunately we get intercepted at the harbour by none other than bonzana (a.k.a. Federal Coordinator) and are shipped off on a bus to the "gap" were the city of Bahthoevedorp once stood, Federal Coordinator wastes no time pointing out every nook and cranny of were the stores and roads were, the Town Hall and Police Station, and of course we take a long tour of the massive gold fields, were, because of the lack of trade, has gotten to were you can scoop gold up with your bare hands. After an exhausting day with Federal Coordinator we arrive in Eurodam but alas our time was cut short to do anything more in Cyberia.

The Members of the High Council say their good buys, exchange nick knacks from the trip and head back to their respective countries by boat.


Lately there have been problems around Ukraine and Russia. And then the plane was shot down, still unknown who did it.

Well, we now know who did it. I have heard from my informants that MC Bot is responsible for the plane shooting.

MC Bot himself confessed it in the public chat, where my informants were witness of. When YAN asked to him if MC Bot likes war he replied with: "What is not to like about war?". Then my informant started thinking MC Bot planned shooting down planes to make war.

As far known, there are not any charges against MC Bot for doing this. Also it is unknown if Europe will react on this response.

Glossy Gossip will keep you informed.

In Virtua, we take pride in our government. Little corruption, no fighting, no feuds. We look up to them and respect their wisdom. That’s the image the government likes us to believe. But your trustworthy reporter found some pretty murky water below the silent surface.


A source inside the government that wants to remain anonymous tipped our redaction about some fishy things going on, and he wasn’t talking about their weekly fish-eating contests on Fridays! No, he was talking about some affairs that the Council would probably prefer to stay internal.

Next to his stories, he delivered us some pretty convincing photographs. We won’t print them, as their nature might be considered shocking to our readers. As a good and objective newspaper, we did our own research as well of course. And what we found was possibly even more shocking than those naughty photographs we acquired from our source! It was late at night and lights were visible behind the Council windows. Curious about what was happening, our reporter managed to glimpse through the window, managing to avoid detection. At first, he couldn’t see anything out of the ordinary. Two Consuls late at work, something politicians do all the time.

Whether because there’s real work to do or because they want to avoid their wife/husband, we don’t know. What we do know is that the two Consuls still at work were the two our source informed us about. So, our reporter stayed and kept watching. She almost got detected when one of the Consuls opened the window, but a quick step back into the blackberry bushes saved her position. Her expensive San Francishan coat however, was less lucky. The redaction can look forward to an expensive expense report, because the story she managed to get is more than worth the effort. Having sound added to view, she could make out the whole scandalous story that these Consuls tried to keep secret.


The Consuls worked on for a little while, but it didn’t take long before the work talk changed to love talk. Our reporter hurried to take out her tape recorder and with her high tech microphone (produced by bell electronics corp.) she managed to record most of what was said. Here are some excerpts: Consul F. “My dear, why do we have to keep doing this in secret? Why not just leave your husband and marry me?” Consul G: “You know I can’t do that. He’s in the Council too. He would have us defenestrated before you can say gobbledigook.” Somewhere later, we heard this: Consul F.: “Let me kiss you, lovely dumpling of mine.” After this, a lot of smacking and slurping went on. And you can guess how this little internal affair ended.

The husband of G. refused to react to the news so far. F., when confronted with the scandalous facts, denied everything. “I did not kiss G.!” was his response, before he tried to attack our photographer when he took a photo of the visibly harried and nervous Consul.


After this incident, our reporter and photographer were banned from the Council Room for unclear reasons. We promise you however that we will stick to this story as dog manure to your shoe.